Aisha and Cameron met through the Honors College at Western Washington University in Bellingham, WA. They had mutual Honors classes for the first two quarters and they both lived in Edens Hall; Aisha was on the third floor and Cameron on the second. While there were multiple group activities they both attended, their courtship truly began when Aisha took initiative during a dorm movie night. Aisha can’t sit still during any movie, so she wiggled next to Cameron throughout The Producers until she finally enticed him to hold her hand. (That movie still comes up most evenings around 8:30 when Aisha starts singing “bedtime for Aisha and Cameron” to the tune of “Springtime for Hitler in Germany.”)

There was a lot of hand-holding and smoothie dates during the subsequent two weeks. There was even an impromptu ski adventure through campus during an unexpected snow storm. Aisha was hoping they would share their first kiss sitting outside a snow igloo on Old Main Lawn, but Cameron wasn’t ready to initiate. Aisha wasn’t willing to wait much longer, so she kissed him for the first time on January 16, 2012 while watching The Importance of Being Earnest in Aisha’s dorm room. Cameron finally asked to “make it Facebook official” after the movie was over.

Throughout their remaining college years, Cameron took Aisha on her first backpacking trip and puddle run (Aisha only agreed to run because she was trying to impress him, but the charade didn’t last long because of her lack of running abilities). While Aisha didn’t introduce Cameron to anything specifically interesting, they both agree that he is now a more assertive person because of her.

While both had multiple job offers, they agreed to accept positions in Seattle after college. In June, 2015 they moved into their first shared apartment in Bellevue, WA. During the 3+ years in that apartment Aisha became a CPA, they adopted their rabbits Fizz and Luna, and Cameron bought a drone. They plan to stay in that apartment until they choose to leave Seattle and buy their first house.

Before they become engaged both knew marriage was on the table, however, Aisha had numerous stipulations for the proposal. By October 2017 Cameron finally felt he could satisfy most of the stipulations. Cameron and Aisha joined their friends for a weekend visiting Halloween Town in Oregon. The morning before the main event, Cameron lead the group on a short walk to Beaver Falls. After crossing the creek and walking behind the falls, Cameron got down on one knee and Aisha said “yes.”

The rings form a set, fitting together to form the skyline of the Olympic mountains as seen from Hurricane Ridge. They're cast in warm white gold. Aisha's engagement ring is set with a raw Montana sapphire. 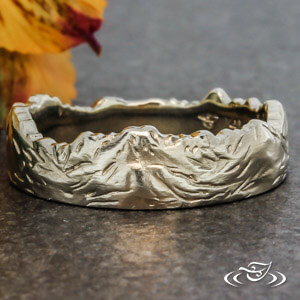 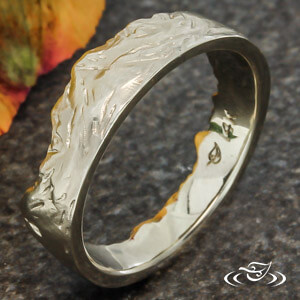 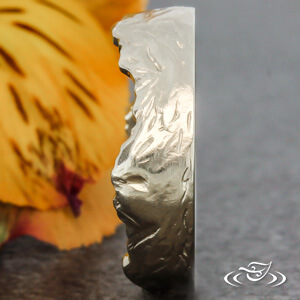 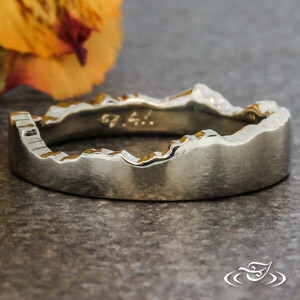 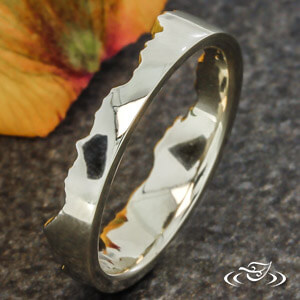 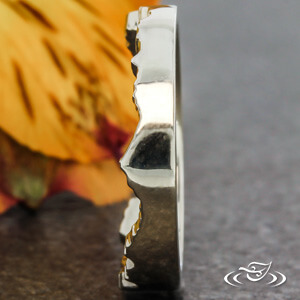 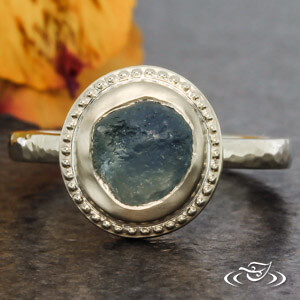 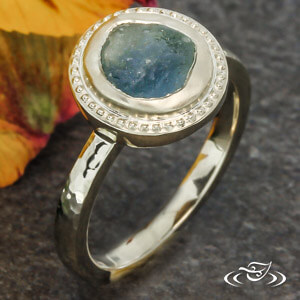 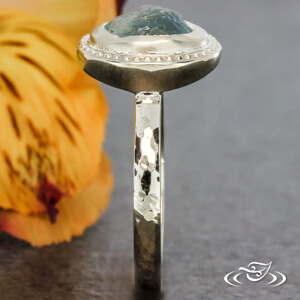 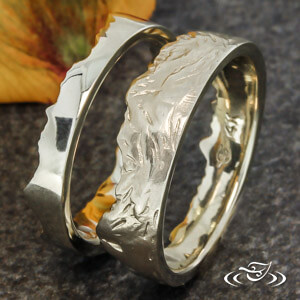 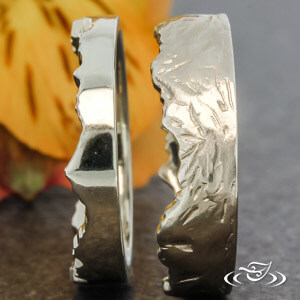